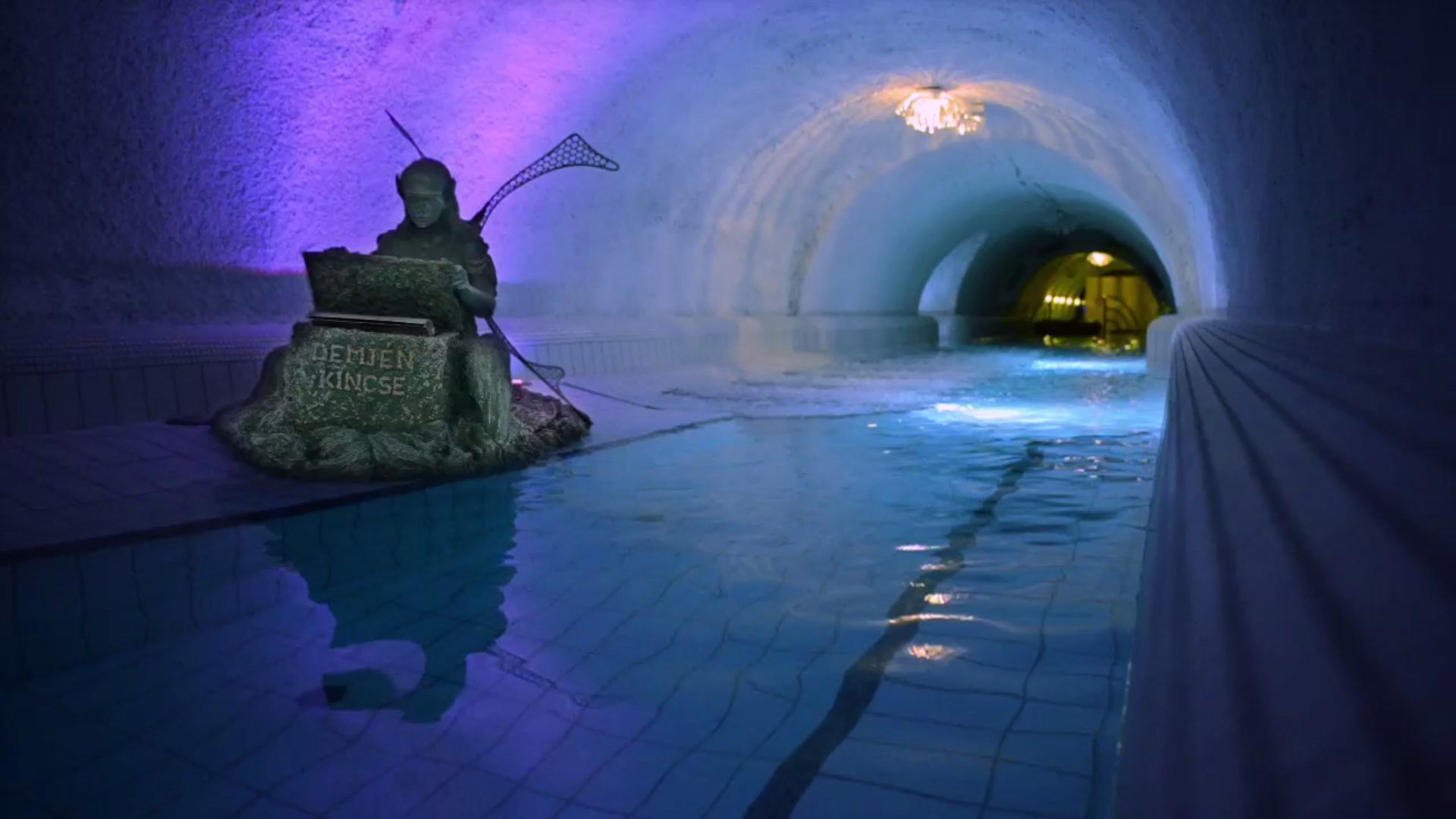 Magic
under the surface
Cave Bath//The story of the cave

Long time ago, in a different time, when people were not alone on Earth. Skurring fairies, log-high knights, fire-breathing dragons and dark-minded magicians roamed the dense forests. Once, woods so dense were hiding these hills and valleys that those who didn’t necessarily had to come right here, avoided the territory.

Mákony, the dark-hearted swamp magician was elaborating his dark plans right here, deep down his cave in the middle of these woods. Plans to subdue the golden kingdom of the neighboring king Abos with his fanged and winged beasts.

Bushes were hiding goblins. Their only but great magical treasure was the Book of Wills, a collection of spells that fulfilled your every wish, even as black as the swamp toad’s tongue.

Mákony, the magician wanted to put his hands on it at all costs. Fleeing his horde, the goblin king, Calamus tucked the book under his leather jerkin and ran straight to Abos’s castle.

The warm-hearted head of the Golden Empire promised him protection and sent his most valiant knights against Mákony, led by knight Demjén and his giant broadsword. The champion set Calamus behind him on his horse and they departed to defeat the lord of the dark forest. However, the great battle almost ended up with Mákony’s victory. Eventually, the metallic scaled dragon Flametooth descended upon the dark army.

The fire-breathing creature came to keep his promise given to Demjén to return the generosity, after the champion once saved his life. The fanged and winged beasts did not overcome his fire breath – yet Mákony managed to flee into a veil cave near the battlefield.

Knight Demjén on the back of Flametooth headed after him. Mákony kept backing away in the cave. He had quite forgotten that he once threw Illangó, the fleet-footed fairy in there, to make the world’s lights vanish. But Illangó carried the light of hope in her heart which suddenly started to shine. Mákony was hit by both the dragon’s fire and the fairy’s light, which combined, sprayed him to dust.

The knight dismounted the dragon and slammed his broadsword in the ashes. Water erupted from the ashes and slowly rose in the cave.

Calamus, the goblin king threw the Book of Wills in the water so that no creature of the surface could grab it ever again. Illangó’s sweet charm calmed the water down. Flametooth, using power from the knight’s sword, enchanted the water so that it would keep the secrets.

Memory of the evil magician faded and nobody remembers the great king, the soldiers, the fairies, the dragon and the goblins but the Veil Cave. The secret is well kept by the water, which is now shared with everyone. 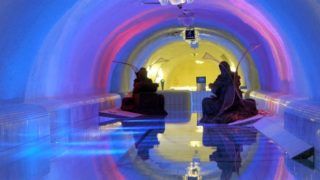 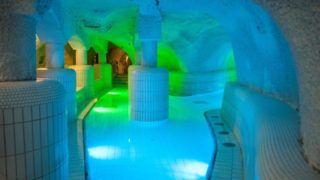